Dana Hammett wants to use her voice to make the world a better place!

What better way to do that than to sing the songs from “The Sound of Music”? Like most Americans, Dana Hammett grew up with the story of the novice Maria, aka Julie Andrews.

The Sound of Music has taken the world’s stages by storm ever since its Broadway premiere in New York City in 1959. Then in 1964, that Broadway smash by Robert Wise was turned into a movie starring Julie Andrews and Christopher Plummer. It opened in movie theatres in 1965. And in the decades since, “The Sound of Music” has won the hearts of entire generations and found fans all over the world.

Dana Hammet’s first experience with the “The Sound of Music” was when her mom rented the movie as a VHS video from the local public library. Dana says that she “immediately fell in love with it. I used to watch all the Rodgers and Hammerstein musicals as a little girl. I still love it because the music is timeless, the story is lovely and the kitschy-ness is heartwarming”, Dana raves about the movie. Inspired by the stirring saga of the von Trapp family, the cultural diversity in the city of Salzburg and the grandeur of the surrounding landscape, Dana Hammett decided to move to the home town of “The Sound of Music”. “Friends were studying in Salzburg so I decided to start here. I loved it and decided to stay!”

Since 2014, the California-born performer has been regularly starring in a variety of Sound of Music productions. Her performances delight audiences and critics alike. Ever since her acclaimed debut as Maria in Salzburg’s popular Sound of Music Show, the name Dana Hammett has become inextricably linked with authentic and virtuoso performances. Blessed with exceptional acting talent, Dana brilliantly embodies the role of Maria. She conveys her love for the stage to her audience and transports her listeners into the world of the Trapp family.

Dana Hammett feels at home singing in musicals, as well as in operas and operettas. The American singer began studying voice at the Chicago College of Performing Arts and later also studied with the renowned American soprano Barbara Bonney at the Mozarteum music conservatory in Salzburg. Dana developed her vocal and dramatic skills further by attending master classes, e.g. in Rome and at the Lyric Opera Studio Weimar.

Dana Hammett is now fulfilling one of her personal childhood fantasies by lending her many talents to the Singing Sound of Maria Tour. Thanks to this tour, the songs from the beloved Hollywood blockbuster film will finally be heard again at the very same filming locations where they were originally performed.

Along with her stage partner Dmitry Iogman, Dana Hammett will whisk you away for a day in the world of “The Sound of Music”. Dana and Dmitry will perform world favourites for you, like “Edelweiss, “Sixteen Going on Seventeen” and “Do-Re-Mi”, all at their original filming locations. As part of their delightful show, our two entertainers will regale you with fascinating, behind-the-scenes tales, anecdotes from the film set and interesting facts about the Trapp family! 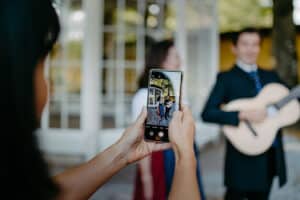 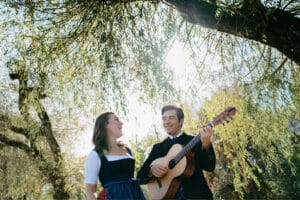 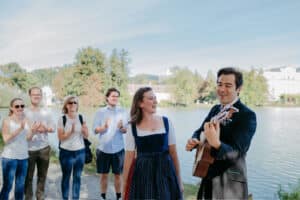 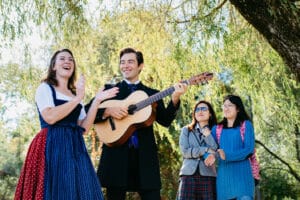 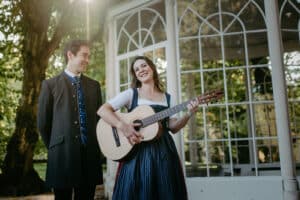 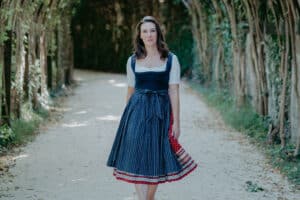 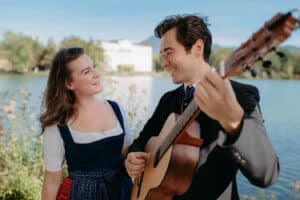 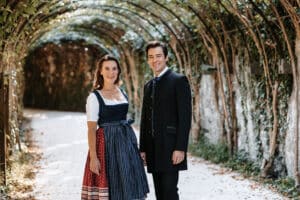 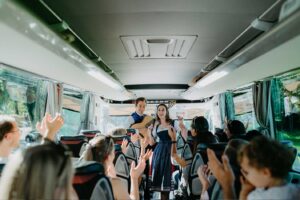 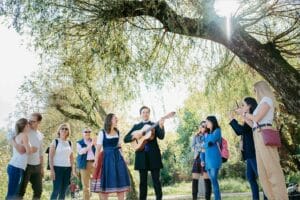 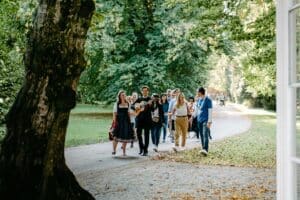 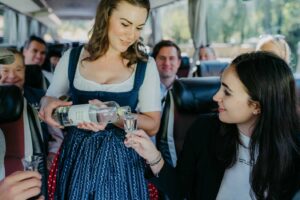 Experience Dana Hammett at one of the following tours